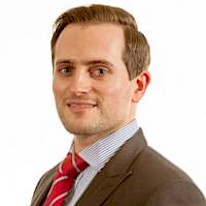 Before joining the firm, he worked freelance, attending court hearings on a daily basis for 3 years.  He specialises in landlord and tenant, property, contract, debt, contentious probate, general litigation and dispute resolution matters.

In his spare time he enjoys a healthy interest in football, singing, nature and spending time with his young family.

Alternatively, fill in the form below and Richard will contact you as soon as possible.