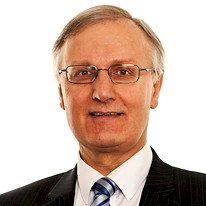 Peter was born and raised in the historic City of York and was a keen amateur Rugby League player until he moved to Newcastle Upon Tyne as an under graduate studying law.

Having obtained his degree he returned to York to complete his training as a solicitor and joined Molesworths in 1976 specialising in litigation and employment law, including advising employers on exit strategies and advising employees on settlement agreements.

He became a partner in 1979 and then a consultant in 2021. He and his family are active members of their local community and Peter continues to enjoy Rugby League but now as a supporter, as his playing days are but a distant memory.

Alternatively, fill in the form below and Peter will contact you as soon as possible.

What our clients say about us

Following the difficulties I went through with my previous employers and their attempts to dismiss me rather than pay redundancy, your support through that whole period was invaluable.