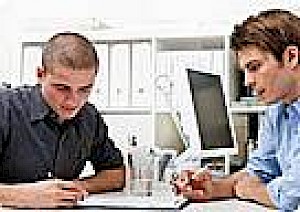 Resignation or Dismissal? - Findings of Fact

When a claim is made to the Employment Tribunal (ET), the ET reaches a decision based on an examination of the facts before it. An appeal to the Employment Appeal Tribunal (EAT) can only be on a point of law. The EAT’s job is to identify any flaws in the legal reasoning of the original decision. The EAT will not normally re-examine issues of fact.

In Hussey v Photogenic Ltd., the EAT had to determine whether the ET was wrong in law to conclude that Mr Hussey had resigned from his job as Accounts Manager with Photogenic Ltd. in circumstances that did not amount to constructive dismissal. Mr Hussey contended that he had been unfairly dismissed.

Of critical importance was an incident that took place on 6 June 2008, regarding which Mr Hussey and his employer, Mr Lake, gave conflicting evidence to the ET. Mr Hussey claimed that Mr Lake had criticised his computer and mathematical skills and told him he ‘could quit now or’…‘quit at the end of the month’. Mr Lake contended that he told Mr Hussey he wanted to meet with him the following week to review his role with the company.

On 9 June 2008, Mr Hussey left a note on Mr Lake’s desk claiming that he had been dismissed and requesting a written explanation of the reason. He gave back his set of keys and never returned to work. Mr Lake replied immediately, by email, saying that he was not dismissing Mr Hussey and his interpretation of their earlier conversation was incorrect.

However, after receiving a written grievance from Mr Hussey, in which he complained of constructive dismissal, personal intimidation, harassment and insults, health and safety issues and other actions, Mr Lake wrote to him, on 13 June 2008, complaining of the hostile tone of his letters, as a result of which he was no longer considered an employee and was banned from the site.

The ET found that Mr Hussey had resigned on 9 June. It held that he was not constructively dismissed as his resignation was not in response to a fundamental breach of contract on the part of his employer.

Mr Hussey appealed on the ground that the ET had erred in law in finding that he had resigned. The ET should have found that he was dismissed on 13 June.

The EAT dismissed the appeal. The ET had found as a fact that Mr Lake did not dismiss Mr Hussey. It was entitled to reach this conclusion based on the evidence before it and it was not for the EAT to retry the facts.

If you would like further information on Employment issues then please do not hesitate to contact our Employment team.